The Shot That Changed Everything

When I was 15 years old, I had the pleasure of going on a school cruise around the Mediterranean.

The locations we visited included Cairo in Egypt, Jerusalem and the Dead Sea in Israel and somewhere in Turkey (the name escapes me now, but it had plenty of Roman ruins).

Young, stupid and impressionable, at that age it was possibly the most profound week of my life. Aside from a few family trips to Lanzarote and France, I had rarely ventured outside of the UK. So I’d never been exposed to things like poverty, religion and to put it bluntly, life outside of a western culture – the trip was a real eye opener for me.

I recall sitting in a coach driving through Cairo, listening to that 90s band Live (whatever happened to them?) on my cassette walkman and taking in the clash of extreme opposites – 5 star hotels amongst the shanty towns, a McDonalds on one street corner, a mosque on the next and modern structures next to buildings that had clearly been there for some time.

I remember kids chasing the passing traffic and being over the moon about being given an orange from one of my classmates packed lunch. And the smell in various parts of the city – like car fumes, sewage and rubbish bins rolled into one and then heated up by the Egyptian sun.

And haggling, you could pretty much buy anything for “one English pound”.

Yeah, that week changed my outlook on quite a few things when I think about it. I realised that the world is actually a pretty big and quite often a bonkers place, and that my part in the grand scheme of things is most certainly quite minimal.

However, something else happened during that trip. Whenever I try to pinpoint where my interest in photography started, I always think back to this photo: 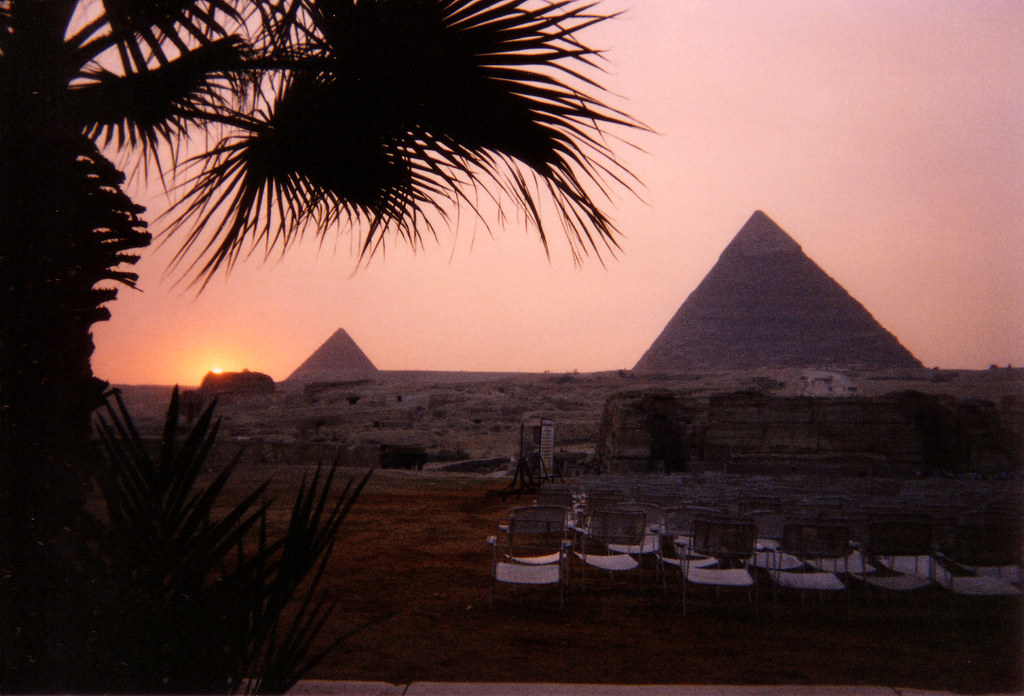 Now, this shot was taken on an old disposable Kodak Fun Cameras.

I’d taken two of them with me and neither had a built in flash, so all of my shots were taken during the day and most of them were over exposed so God knows what the ISO must’ve been. Each one had around 36 exposures I think. Imagine that, having just 72 opportunities to take a photo during the trip of a lifetime!  I’d love to go back there with my D7000.

Anyway, this is the shot that initially got me interested in photography. I remember watching the sunset and thinking that this is something that I’ll most likely never see again, so I quite happily snapped the moment and then thought nothing of it.

When I returned home and got the prints back, I remember being pretty pleased with it. I remember showing the set of photos to my family and everyone picking out this image as exceptional.

I remember showing my classmates and a girl called Sasha saying “that photo is pretty good, for a boy” – bit sexist. I remember thinking to myself, “I could get into this photography lark”.

And here I am, 18 years later and thinking to myself “I’ll never take a better shot than this”.

We use cookies to personalise to analyse our traffic. We also share information about your use of our site with our social media, advertising and analytics partners. OkRead more